Restaurant Design Trends of the 1990s 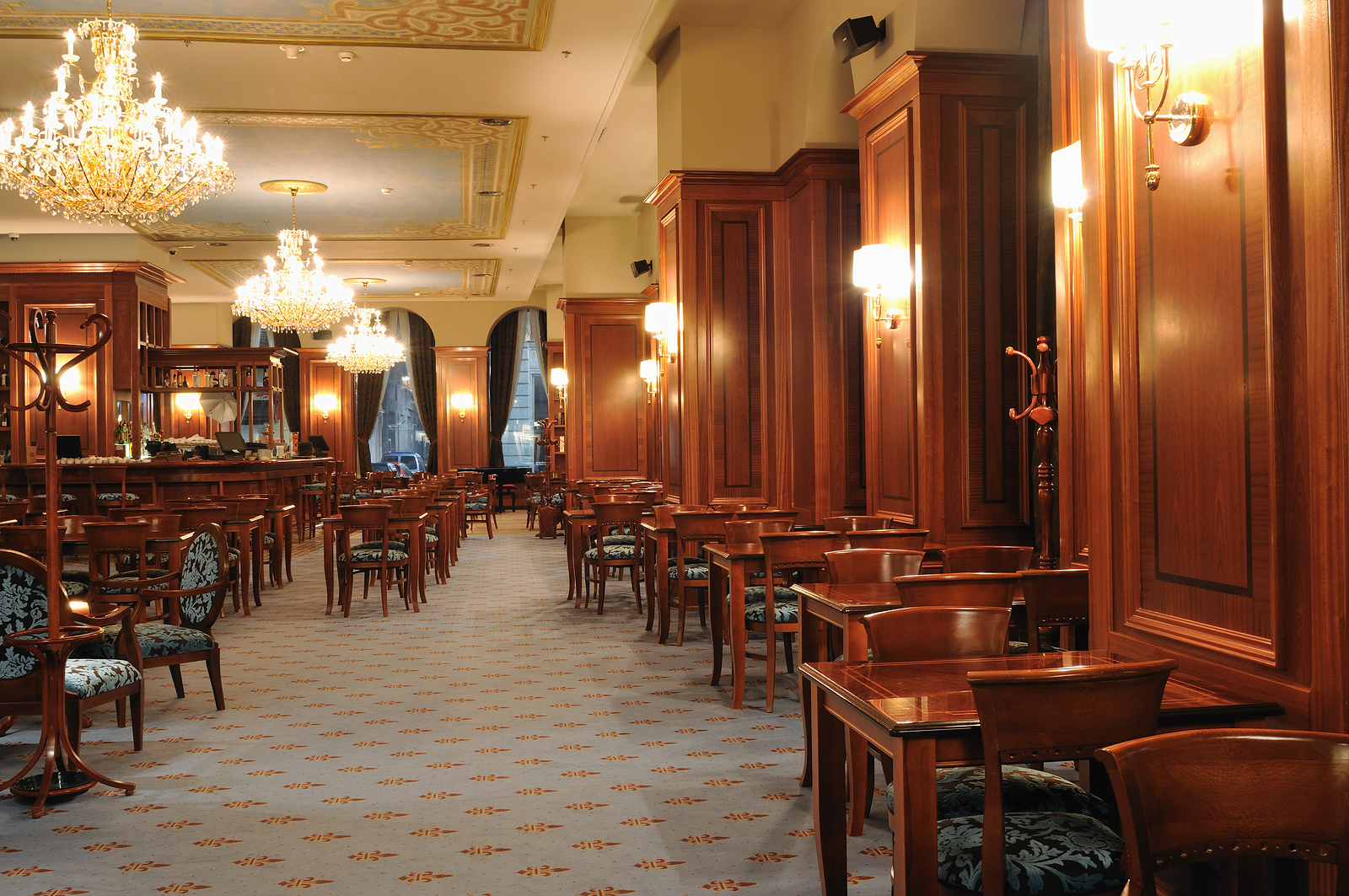 The 1990s is one of the most memorable decades on record. The explosion of MTV culture, the Spice Girls, cell phones, mega motion pictures, Bill Clinton, OJ Simpson, and the vast expansion of internet use are unforgettable. And it all culminated with the Y2K bug to close out the decade.

There were also some notable restaurant and fast food chains that shaped the decade. Who remembers Chi-Chi’s, Hard Rock Café, Kenny Rogers Roasters, Big Boy, the explosion of Starbucks and the continued growth and dominance of McDonalds.

In this blog, we’ll take a look at some of the more popular restaurant design trends of the 1990s. Let’s see how many you can recall.

Restaurant designs started to become more involved during the 90s. No longer was it about just the food. It was about creating an experience for patrons. We saw the rise of restaurants such as the rock and roll themed Hard Rock Café where you could enjoy a meal and check out cool memorabilia and watch your favorite musicians on TVs.

There was the rise of restaurants such as the Rainforest Café that was complete with a tropical rainforest, plants, waterfalls and a variety of areas of the kids to play.

The 90s also saw the rise of modern coffee shop culture. Starbucks created a coffee shop culture that was cool. Coffee shops were the place to get a fancy coffee or latte, hang out with friends, study, and work. The coffee shop in the TV show friends, Central Perk, is the perfect example of the new type of coffee house.

Large geometric shapes were popular in the 1990s, especially in fast food restaurants such as Taco Bell. From the art of the wall to the seat areas, tables, and just about everything else, there were shapes everywhere.

Restaurants where not afraid to use bold colours as part of their branding and design. Unique coloured carpets, tables and décor were common. Primary colours (yellow, blue, red) were at the top of the list in terms of popularity.

Many restaurants would inject greenery to create a more inviting atmosphere for patrons. But, they were fake flowers and plants. We all remember the vases filled with marbles and fake flowers as center pieces.

Beer signs become very popular during this decade. You would most commonly see them by the bar or at pubs in the 1990s. They even crept their way into homes. Many bars and restaurants still have them to this day.

Who remembers blotting a wall with a sponge? It was all the rage in the 1990s. Many restaurants jumped on this trend. It was definitely a way to make your walls look different. The sponge wall design with bold colours was a sight to see.

Read More From Our Blog

Restaurant Design Trends Of The 1980s

Restaurant Design Trends Of The 1970s

Restaurant Trends Of The 1950s